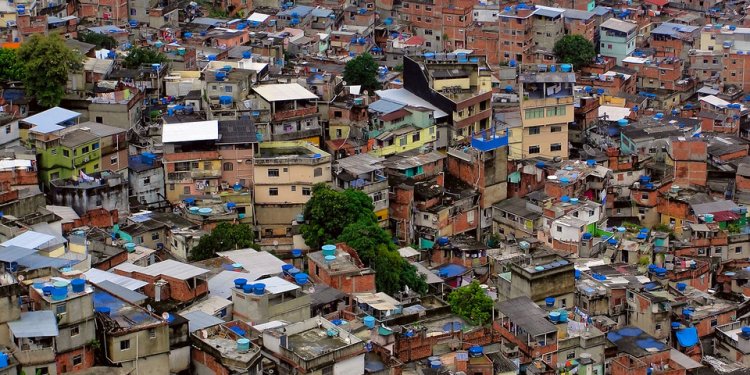 Child Poverty in Brazil - Facts, Reasons, and what can be done.

In Brazil, a common cause is abandonment by poor families unable to feed all their children; an increasingly common cause is AIDS. Other causes are the death of parents or family members, violence in the home, drug taking and alcoholism. Once children resort to living on the street there is rarely any way back from this life, and the life expectancy of a child living on the streets is terrifyingly low - few expect to reach their 18th Birthday.

Estimates on the numbers of Brazilian street children vary from 200, 000 to 8 million. In one recent survey in São Paulo, 609 children were found to be sleeping on the streets. At least 50 were under 12 and unaccompanied by adult relations.

The main means of surviving on Brazil's streets include: finding food in rubbish bins or on refuse tips; being financially exploited by street sellers as: shoe shiners, thieves, prostitutes, drug runners, working as street performers and petty theft.

Drug taking is common amongst street children in Brazil - particularly glue sniffing as it is cheaper than the alternatives. Drugs help the children forget their life for a short time, but have a disastrous affect on their mental and physical health. They contribute greatly to the downward spiral of a childs life and can cause a child to become a virtual "zombie" as mental function is increasingly impaired.

Most street children are viewed at best as a nuisance and at worst as an infestation to be eradicated. Because they have no vote or voice there is little impetus on the politicians to work to solve the issue. Whilst there is a drive from the presidents office any actions are so watered down by the time it gets to city level that they become almost useless.

Generally jails are already full and apart from jail there are very few places children can be taken when picked up by the Police - and these to are almost always full to bursting. There are simply too many street children for the resources provided by the government to help.

Brazil is the fifth largest country in the world with a population of approximately 190 million people. The disparity between the rich and the poor in Brazilian society is one of the largest. The richest 1% of Brazil's population control 50% of its income. The poorest 50% of society live on just 10% of the country's wealth, while the poorest 10% receive less than 1%!

Brazil also has the highest number of people living with HIV and AIDS in South America (estimated at 660, 000). Prevalence is rising rapidly, and many people in need of treatment or care are excluded from services because of poverty.

So what we are doing about it?

The important thing is to try and break the cycle.

It starts with outreach programs such as The Wednesday Club, this serves several purposes. The children get good food and safe time to play and be children, during which the teachers use play to help educate them in certain key messages. Similarly it acts as a support group for the mothers who attend, many of shoom have HIV/AIDS - they discuss nutrition and hygiene, and other issues such as violence, drugs, alcoholism, medical issues and the like. Everybody gets a medical check and where possible appropriate medication (the only access many of these people have to tackle their disease).

The next step it a combination of improving the home environment and education. This has to be assessed on a case by case basis. The work we do with Sra. Nilzette and Vovo Clara are good examples of this, as is the IBCM residential program. Sometimes we can support a family, register them (so they officially exist) and then register the children with a local school. Other times we pay a meager sum for children to attend a local educational project. Where possible the aim is to support families to help them cope and "nip the cycle in the bud" - stopping the children from turning to the street in the first place.

Where there is no alternative children can be found places in residential homes or rehabilitation project (drugs are often an issue) - places on such projects are however few and far between.

Care in many of the residential centres and community projects is of a poor standard and our trained educators work hard in several projects to help the teachers and volunteers improve everything from basic sanitation and nutrition to a full educational program.

In the future we hope to raise enough to start opening small childrens homes in the community. Single houses with 5 to 8 children and a house parent - where the children get to live in an extended family, attend local schools and education projects and as much as possible get to lead normal life. When we started we had grand ideas of a big childrens home on the outskirts of the city, however after many visits with projects and much study of the situation we have come to realise the very best way to care for the children is first with their existing family (with support), secondly in a smaller home which is in the community and more like a big family, and only as a last resort in a big institution.

The one exception to this is a half way house - which is desperately needed.

Police regularly pick up street children for petty crimes and have nowhere to take them other than jail. Even if they are sent to jail for a period of time when they are released they are straight back onto the streets again as they have no other options. Outreach workers would love to have somewhere they could refer children when they have made a decision to try and get of the streets - but few such places exist and they are always full.

What is urgently needed is a residential home where the Police and others can take such children to be cared for and helped depending on their situation. To attempt to trace family members and encourage...