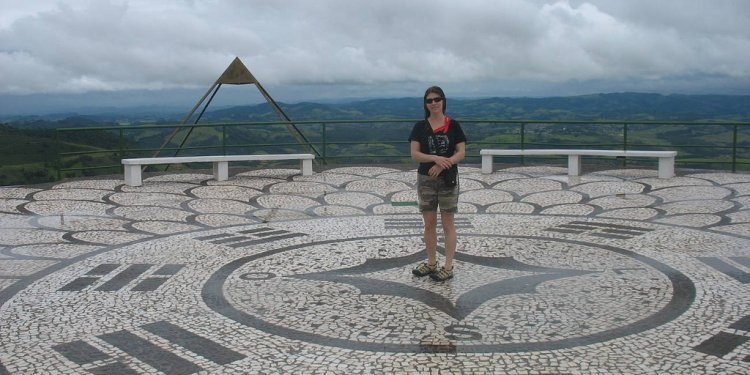 Brazilians have a lot to worry about these days: unfinished Olympic venues, surging crime, a crippling recession, the biggest corruption scandal in the country’s history, and a political crisis that has government in gridlock.

Now they can add to their list of headaches an increase in Amazon deforestation. According to remote sensing scientists, deforestation in June was the highest of any single month since November 2007, and nearly double the June 2015 rate.

But Brazil has always been a study in contrasts, and trying to wrap your head around what the country has done right when it comes to dealing with Amazon deforestation – and what it hasn’t – can leave you dizzy. It’s a lot like its Olympics – plenty of scandal, but also a lot of optimism and grounded hope.

Olympic host Rio de Janeiro’s sewage-deluged bay, unpaid police officers, and desperately poor, crime-ridden favelas may suggest the games are doomed. But the people who live in the slums manage to put on the unequaled Carnaval celebration every year – and many Rio residents are working hard to make the Olympics a memorable experience.

Deforestation is just as much of a roller coaster.

Two steps forward, one step back

While the recent reports about deforestation show the problem is far from solved, let’s not forget that Brazil remains the world leader when it comes to cutting greenhouse gas pollution after managing to reduce Amazon deforestation by 79 percent since 2004.

The country was able to put the brakes on large-scale slashing and burning for cattle pasture and soy in large part because the government recognized indigenous land rights, and created protected natural areas in agricultural frontiers. These areas cover about 40 percent of the Amazon, equivalent to nearly half the size of the United States west of the Mississippi.

Indigenous peoples and the traditional communities that live in the protected natural areas have been very effective protecting their forest territories. But Brazil is also the world leader in murders of forest guardians, usually indigenous and forest community members who stand up to illegal loggers, goldminers or land-grabbers in the lawless Amazon frontier.

They know how to shut down the criminal value chains that are driving a lot of the ongoing deforestation – and this time, they did.

A growing and increasingly influential, cross-sectorial network in Brazil has concluded that zeroing out deforestation isn’t just good for the forest, or needed to satisfy public opinion. It’s also good business.

People such as Agriculture Minister Blairo Maggi, a former highly successful entrepreneur and farmer, and growing coalitions of business and environmental leaders, increasingly view stopping deforestation as part of a broader strategy to create real economic value for environmental assets.

They see Brazil as a future environmental superpower in a low-carbon economy, leveraging high social equity and environmental quality.

So even as progress on stopping deforestation wavers and illegal loggers think the odds still favor crime, the new network of environmental and business leaders, along with policy makers, are betting on a zero-deforestation development future.