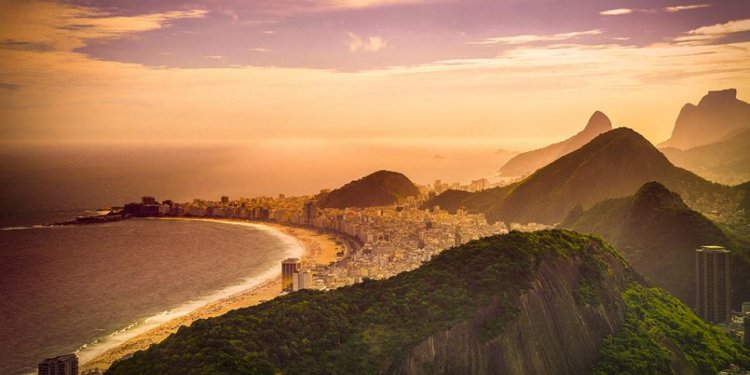 Anderson Cooper tells Architectural Digest he was fantasizing about building a home in Trancoso, Brazil, within a day after his first visit.

Cooper, 49, told the magazine that he and Maisani first visited Trancoso in 2013 with their pal, Andy Cohen.

“Within a day I was fantasizing about buying a house there, ” he said. “Ben thought I’d lost my mind, and Andy, who is encouraging about almost everything, thought I was nuts, too.”

With the help of real estate expert and designer Wilbert Das, Cooper snatched up a vacant lot on Trancoso's town square, the Quadrado, where he built his dream home. Das, who is the co-owner of the nearby Uxua Casa Hotel & Spa, teamed up with Brazilian landscape designer Juliana Favarato to create a compound of four individual pavilions constructed largely of salvaged materials and decorated with vintage finds.

Cooper and Benjamin Maisani pose with a neighbor’s dogs on the pool terrace.

“I didn’t want the place to look fancier than the other buildings in town, ” Cooper said. “I’m not a big beachgoer, as you can probably tell from my pale skin, so I really enjoy moving from spot to spot on my property.”

Although the journalist admitted he isn’t able to spend as much time on the property as he’d like, he went on to note, “In my New York office, though, I keep a picture of the Quadrado, which I find very meditative and calming. Just knowing that my house exists makes me happy.”

Where is Porto in Portugal?