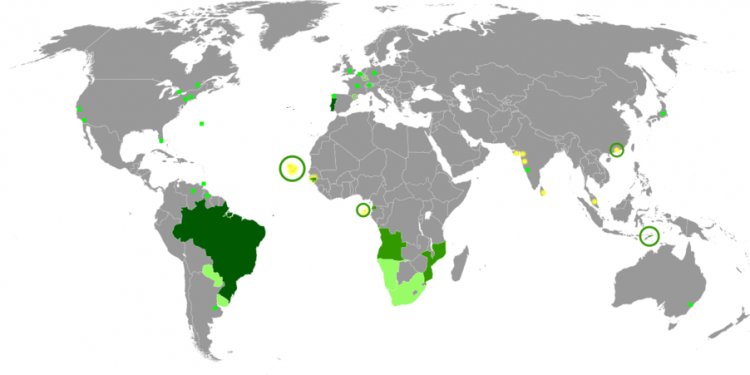 Brazil is the largest country in South America in terms ofboth area and population. It occupies almost half the area of the continent andhas more people than all the other South American countries combined. Brazilranks fifth in both area and population among the countries of the world and isthe only Latin American nation that derives its language and culture fromPortugal. Following three centuries under the rule of Portugal, Brazil becamean independent nation in 1822.

Brazil's inhabitants are descendants of a mixture of people. Portuguesecolonizers mixed with the native Indians and African slaves (mostly of Yorubaand Quimbundu origin, corresponding to modern-day Nigeria, Benin and Angola).Dutch and French colonization also took place in the Northeast.

In the 19thcentury, waves of German, Italian, Polish and Japanese immigrants added newelements to the mixture. As a result, Brazilians are perhaps one of the mostracially mixed peoples in the world.

Portuguese is the official and prevailing language of Brazil, but BrazilianPortuguese is very different in accent and intonation from the language spokenin Portugal or in other former Portuguese colonies.

Within Brazil there are some regional variations in pronunciation and slangwords. In addition, the Portuguese borrowed some Indian words, particularlyfrom Tupi, which was the common language used in interactions among the NativeAmericans of the coastal regions, Jesuit missionaries, and early settlers.

Since 1938, Portuguese has been the compulsory language for teaching inschools, but German and Italian are still spoken in homes in the South by somedescendants of immigrants. English and French are the main second languages ofeducated Brazilians. There are also over 100 indigenous languages in Brazil, ofwhich the most important are Tupi, Ge, Arawak, and Carib.