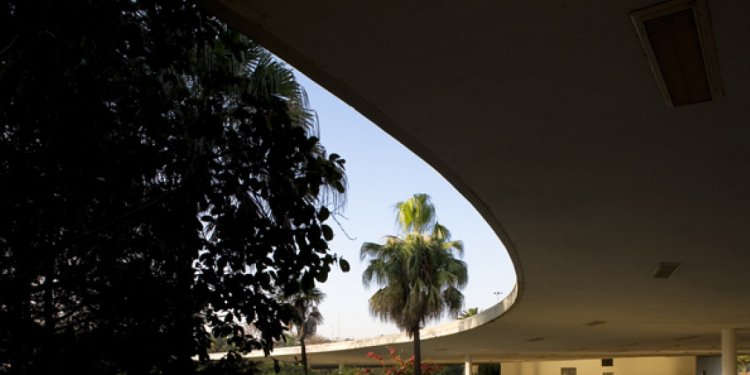 Sprawling across half of South America, Brazil is the fifth largest country in the world. White-sand beaches, tropical islands, music-filled metropolises and charming colonial towns are dotting its 7, 500 km (4, 600 mi) long coastline. Inland, Brazil tourist attractions consist of imposing waterfalls, wetlands filled with wildlife, and the untouched wilderness of the Amazon rainforest where several isolated tribes still live without any contact with the rest of the world.

One of Brazil’s best-preserved colonial towns, Ouro Preto, meaning “black gold”, was founded at the end of the 17th century. It quickly became the epicenter of a new gold rush in the state of Minas Gerais. The city contains well preserved Portuguese colonial architecture, while modern buildings must adhere to historical standards maintained by the city. 18th- and 19th-century churches decorated with gold and the sculptured works of Aleijadinho make Ouro Preto one of the most popular tourist attractions in Brazil.

Teatro Amazonas or Amazon Theatre is an opera house located in Manaus, in the heart of the Amazon Rainforest. It was built during the heyday of rubber trade using materials from all over the world, with furniture from Paris, marble from Italy, and steel from England. On the outside of the building, the dome was covered with 36, 000 decorated ceramic tiles painted in the colors of the Brazilian national flag.

The first performance was given on January 7, 1897, with the Italian opera La Gioconda. The opera house was closed down soon after however as the rubber trade declined and Manaus lost its main source of income. There wasn’t a single performance in Teatro Amazonas for 90 years until 1990 when it reopened its doors.

Fernando de Noronha is a beautiful archipelago with pristine beaches, landscapes and wildlife, situated 354 km (220 miles) off the northeastern coast in Brazil. The archipelago was discovered by Amerigo Vespucci in 1503 and temporarily occupied by the Dutch and French before Portugal established dominion in 1737. Today only the largest of the 21 islands is inhabited with a population of about 3, 500. The islands are a Mecca for divers and snorkelers with warm waters year-round and very good visibility even at depths of 50 meters.

Another well preserved colonial city, Olinda is located on the Brazil’s northeastern coast, just north of Recife. Olinda features a number of major touristic attractions, such as a historic downtown area, churches, and the famous Carnival of Olinda. Many bars, restaurants, artist and craftspeople studios add charm to the old-town setting.

Salvador is the capital of the state of Bahia, with an attractive colonial town, a vibrant musical scene and loads of exceptional beaches all around. The beaches range from calm inlets, ideal for swimming, diving and sailing, as well as open sea inlets with strong waves, popular with surfers. There are also beaches surrounded by reefs, forming natural pools of stone, ideal for children.

The Pantanal is the world’s largest wetland, lying mostly in Western Brazil but extending into Bolivia and Paraguay as well. Famous for its wildlife, it is one of Brazil’s major tourist attractions. Unlike the Amazon rainforest, in the Pantanal you are virtually guaranteed to actually see the wildlife. Capybara and the Yacare Caiman are present in the millions. The Pantanal is also home to one of the largest Jaguar populations in the Americas.

There are carnival celebrations in virtually every corner of Brazil, the best-known ones taking place in Recife together with the neighboring Olinda and Salvador. But the biggest and most famous carnival is undoubtedly the Carnival in Rio de Janeiro. The Rio Carnival attracts two million people per day on the streets and almost half a million foreigners during its 4 day celebration. The Carnival is all over the place, in the streets and squares, bars, clubs and all other venues in Rio, concluding in the spectacular Rio Samba Parade at the Sambadrome.

At approximately 6, 400 km (4, 000 miles) the Amazon River is the second longest river in the world, just slightly shorter than the Nile, and the largest river by volume. The Amazon has over 3, 000 recognized species of fish and new species are still being discovered. The Amazon Basin is covered by half of the planet’s remaining rainforests. Although a tenth of the world’s estimated 10 million living species live in the Amazon rainforest, jungle tours are more about the boating upriver into the damp, buzzing, oppressive ambience than actually spotting animals.

One of the great natural wonders of the world, Iguaçu Falls is situated on the border between Brazil and Argentina. The waterfall system consists of 275 falls along the Iguazu River. The most impressive of them all is the Devil’s Throat a U-shaped with a height of 82 meter (269 ft). The falls can be reached from the cities Foz do Iguaçu in Brazil and Puerto Iguazú in Argentina, as well as from Ciudad del Este in Paraguay. On the Brazilian side there is a long walkway along the canyon with an extension to the lower base of the Devil’s Throat.

Cool Places to Visit in Brazil