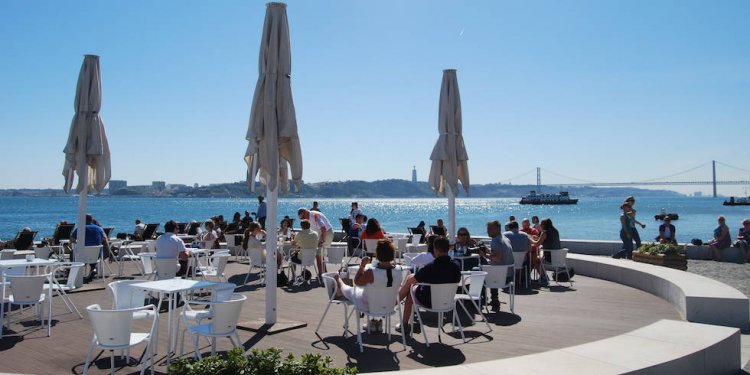 Although Lisbon is not in the same league as Barcelona for pickpocketing, with the port city in Spain having a staggering daily average of around 300 pickpocketing cases a day, the problem is still acute and remains largely unaddressed by the authorities. I write with some authority on the subject having been robbed in the Portuguese capital in the summer of 2015.

The top five cities for pickpocketing in Europe according to the Daily Mail are Barcelona, Paris, Madrid, Prague and Rome. By contrast Lisbon is safer but the situation is worsening.

I believe I was pick pocketed on a Saturday on the crowded number #28 tram having got on just outside the Igreja de São Vicente de Fora after a morning visit to the nearby Thieves Market (Feira da Ladra).

The trams carry warnings for passengers about the dangers of pickpockets who target tourists, rather than locals, often posing as tourists themselves. Victims' wallets are usually removed in the crowded rush to get on the tram or while standing passengers are being shaken around as the trams clank through the narrow, twisting streets of the historic Alfama district. The pickpockets usually work as a team, often a couple, with the victim's wallet usually quickly transferred between them.

The popular #28 tram and the older versions of the number #15 tram from Cais do Sodré to Belém are particularly prone to pickpocketing, though care needs to be taken also on Lisbon's often crowded buses and subway.

The thieves often target people with children, who are an added distraction for parents traveling through the city.

If you are robbed in Lisbon the first thing to do is to report the incident to the Tourist Police (PSP) in Plaça Restauradores. The office is located on the west side of the square and the address is Palácio Foz, Praça dos Restauradores (Tel: 213 421 623/34; Fax: 213 421 642). It is located next door to the large Tourism Office (turismo) in the same Palácio Foz building. Ride the metro to the Restauradores metro station.

Here you may have to wait your turn. On the August day my wallet was taken there were already three sets of people being seen by the friendly officers on duty. Here you report the details of your loss, which is recorded, and you are given an official police report to sign.

This is important to retain for any later insurance claims. You are also provided with the telephone numbers of credit card companies, so you can call (free of charge) to put a stop to your credit cards. About three months later you are then sent a post card from the Portuguese police detailing the results of their investigation. In my case (and in the majority of cases, I believe), nothing was later found and no charges brought against any suspect.