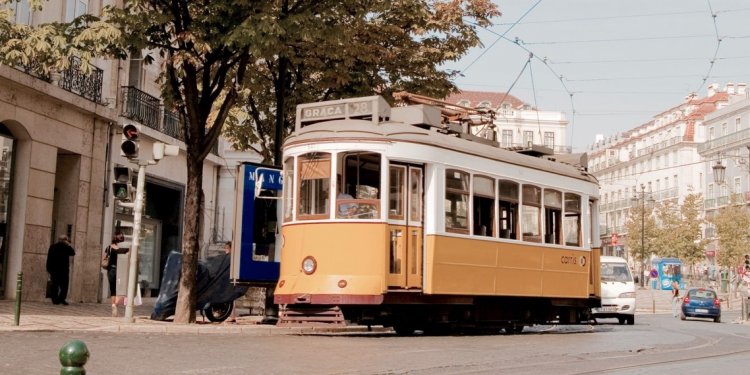 WE meet the places we wind up loving much the way we meet the people we fall for: on purpose and accidentally; at precisely the right moment and exactly the wrong time; in the highest of spirits and the lowest of moods.

I met Lisbon in a snit. I was exhausted and impatient and thinking well past it, to the northern Portugal city of Oporto and the wine country nearby, my ultimate destination and real interest. Lisbon was just a 24-hour stopover, reached after a sleepless overnight flight from New York, and my hotel there didn’t want to let my companion and me check in and nap and shower and get into clean clothes for another six hours. After some fruitless groveling, we staggered into the streets, lacking a map or an agenda or any particular desire.

Immediately we noticed the castle. You can’t fail to. Medieval and partly Moorish, it sits astride one of the highest of the city’s many hills, both a topographical and an emotional point of reference, somewhat like the Parthenon in Athens. Your eyes are drawn to it. The rest of you, too.

“What do you think?” I asked my companion, Tom, nodding in its direction. I was contemplating all the eating and drinking we’d be doing in the week to come and calculating how useful some uphill walking would be as a metabolic down payment.

“Might as well, ” he said. “The exercise will keep us awake.”

We didn’t plot a route. We intuited one. So the beauty we encountered was serendipitous: the mosaics of black and white stone with which so many of the sidewalks, esplanades and plazas are paved; the tiles — yellow, green, white — with which so many of the buildings are faced. Mosaics like these I’d seen elsewhere, though they had a special dominance and whimsy here. But tiles like these, used this way, were a revelation. It was as if Lisbon wore a set of jewels that other cities didn’t bother to.

We climbed higher. And higher. And soon two colors took precedence over the others: the red of the roofs, terraced on the hillsides below us; and the blue of the Tagus River and the harbor, flashes of which entered and exited our field of vision depending on where we were standing. A major port in a country with a rich and proud seafaring history, Lisbon has a connection to the ocean — the Tagus meets the Atlantic only a dozen or so miles away — that is essential, intimate and palpable. It’s one of those places that’s not just on the water but of the water.

“I’m coming back, ” I told Tom, because what I experienced during those first few hours, despite my exhaustion and wrinkled clothing and matted hair and overarching physical wretchedness, was a blush of the true, unfettered romance that I’d longed for and forced myself to feel in cities more clucked about, cities more fabled.

That was two years ago, and come back I did: not just for another 24-hour pause en route between Oporto and New York but again last September and then, yet again, in April. And that won’t be the end of it, because Lisbon and I, we sparked. And as I continue to revel in that, I continue to try to figure it out.

After all those other European capitals, each so splendid in its own way, why this one?

I COULD argue that this is a particularly good moment to visit Lisbon, and for a few paragraphs I will, though the truth of the matter is that I don’t think Lisbon needs any recommendation beyond the blessed fact of it. It warranted attention and favor years ago and will warrant them years hence.

As for now, well, there’s a clear economic rationale. Times aren’t flush, and Lisbon presents a noticeable price break from London, Paris, even Rome. It’s faded imperial glory on the cheap: Western Europe marked down 20 to 30 percent. And Portugal’s economic woes — it’s currently in a fiscally austere league with Greece, Spain and Ireland — have in some sense unleashed a creative spirit among its people, who are taking chances, improvising and, as it happens, trying to boost tourism. Outside money is one answer to inside need.

I sensed this energy during my last two visits, when I repeatedly met or heard about former architects, bankers or lawyers who had started small, idiosyncratic enterprises, and I repeatedly stumbled upon new, clever projects. I stayed in one of them: the Lisbonaire, a hotel masquerading as an apartment complex, or maybe it’s the other way around, where each spacious studio or one-bedroom unit has been decorated in a deliberately cheeky fashion by a different Portuguese designer or artist, with all the minimalist furniture made in Portugal. Each unit also has a fully equipped kitchen stocked with glassware, plates, utensils, pots and pans. All of this plus reliable wireless, a communal lounge in the basement and an ideal location sets you back as little as 65 euros (about at .26 to the euro) a night.

Over the last few years Lisbon has experienced a boom in stylish hotels, including the lilac-colored Internacional Design Hotel on Rossio Square, the city’s majestic nucleus, and the Altis Belém, right on the water in the quieter, palm-lined neighborhood of Belém, where bikers and runners use paths along the river. It has also become a more exciting place to eat, with two of its most acclaimed chefs opening intensely pleasurable restaurants. You can find a table without making a reservation as far in advance as you often have to in cities that draw a greater number of gastronomic pilgrims. Lisbon lets you in.

It also lets you be. Not every stroll and every reverie is shared with other travelers. I wandered one afternoon into the tiny Church of São Miguel, just a few minutes by foot from the main cathedral; slipped into one of just 10 rows of pews; looked around; and was stunned at how thoroughly the ceiling, walls, various nooks and a variety of objects had been covered in gold leaf or gold paint. Midas would say his rosary here. I was even more stunned to realize that not one other tourist was present. I kept company with three elderly Portuguese women, all in housecoats, scarves covering their hair, saying their devotions aloud. Their voices rose and fell; their bodies rocked. For nearly a half-hour I watched and listened, hunching down low so as not to distract or disrupt them.

Wandering is what I relish most in a place that I’m still learning, and Lisbon encourages it, because it doesn’t come with the long inventory of must-see museums and must-photograph monuments that so many of its European peers do. There’s no equivalent of Madrid’s Prado, though I do recommend the Tile Museum, dedicated to the decorative fillip that makes the city so distinctive. There’s no religious structure as visually iconic as Florence’s Duomo, though you should treat yourself to the Jerónimos Monastery in Belém, just outside the center. It’s a fascinating example of a peculiarly ornate, late-Gothic style of Portuguese architecture known as Manueline.