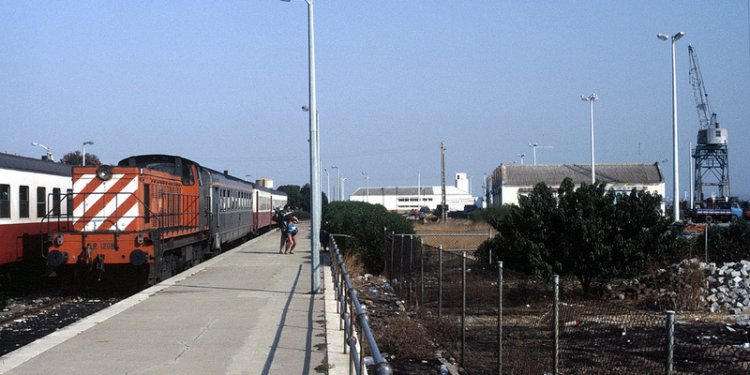 The leading Portuguese beach resort of Faro rather exudes the feeling of a big city and is one of the true highlights of the Algarve. Cental Faro is a very manageable size and features many traffic-free streets, paved with pretty mosaics and often offering tantalizing glimpses across the harbourfront (Doca).

Faro actually rose to prominence during the Roman Empire, due in no small part to its proximity to the Ria Formosa lagoon and its well-placed port. During the summer season, the regular tourism buses and boats connect many of the outlying beaches and resorts, while the city's sizable University of the Algarve continues to contribute towards the vibrant nightlife scene.


The tourist information centre in Faro (turismo) is to be found at the very end of the Jardim Manual Bivar, next to the Arco de Vila and near to the Bishop's Palace. Also of note is the regional tourist information office (Regiao de Turismo do Algarve), which resides on the easterly side of Faro's Old City, on the Avenida 5 Outubro.

Many tourists come here to enjoy the city's beautiful sandy beaches and general seaside attractions, with the Praia de Faro beachfront being especially notable. Also popular and full of life is the harbourfront, where a selection of waterfront cafes and pricey yachts await. Overlooking the harbour is the characterful Old City (Centro Historico), where the majority of Faro's most historic buildings are located. The 17th-century Igreja do Carmo Church is one such attraction and is rather unusual, since it actually incorporates the skeletons of more than 1, 000 monks within its walls. More information about Faro Tourist Attractions.

Landmarks come thick and fast in Faro, both old and new, although it should be noted that many fine buildings were destroyed during the Great Earthquake of 1755. The Arco da Vila dates from the 18th century and is an extremely significant gateway into the city centre. Of the same era, the Faro Cathedral (Sé) is far more simple and understated in its appearance, and is fronted by a row of mature orange trees. For 20th-century Portuguese landmarks, look no further than the University of the Algarve, the St.

There may not be a great quantity of museums within Faro, but what the city does offer is likely to be very memorable and packed with information. The Municipal Museum of Archaeology (Museu Municipal de Faro) is one particular highlight, as is the Maritime Museum (Museu Maritimo) and also the acclaimed Regional Museum of the Algarve (Museu Regional Do Algarve), each of which is worth searching out and experiencing - if you have the time. More information about Faro Museums.

Southern Portugal is filled with quality attractions, with many lying in the Algarve region and close to Faro itself. Just a relatively short distance from Faro is the pretty village of Alte and its cobbled streets, the town of Lagos and its plentiful beaches, and the Serra de Monchique mountains, which come complete with countless scenic hiking trails. Lisbon is a little further away, although at under three hours, the journey should be considered and not overlooked. More information about Faro Attractions Nearby.