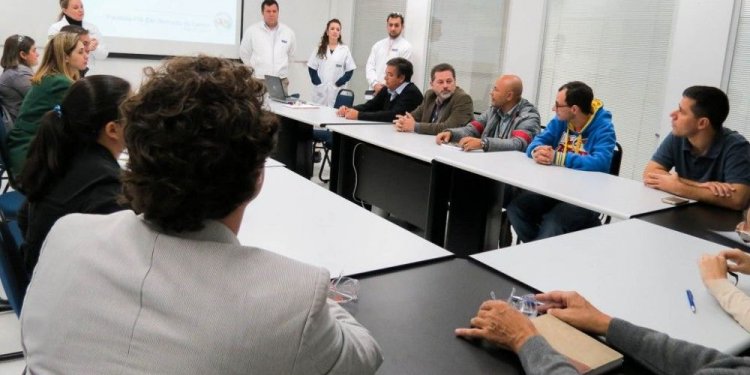 I want you to imagine your friendly neighborhood ice cream man, the guy who will give you a scoop of your favorite flavor, and then-if he's feeling friendly-another scoop on top. Imagine yourself beachside as the man digs his scooper into the freezer, his eyes dreamily considering something far away, another sort of scoop, one that comes with all capital letters and pays a lot more than making sundaes for the beach kids.

You never really know the man behind the counter, do you?

At 23 years old, Eduardo Junqueira is a small town boy, one who lives with his parents, one who spends his quiet times dreaming of loudness, of music that demands attention, of achievements that deserve recognition. He's a farm boy, one who lives in Sertãozinho 350km outside Sao Paulo, Brazil.

The big city is where his kind of music plays, the likes of Baroness, Deafheaven, and Mastodon (the band the gave the world the above song, "Crusher Destroyer"). If Junqueira wants to see bands like that play live, he has to go to the city. That's where the real action is.

There was a time when Junqueira was a crusher and destroyer in his own right. Think of him much younger, one who at the age of eight started crushing people at every opportunity. He was once a rugby champion in Brazil, one whose every movement could've been supported by Mastodon's shredding metal soundtrack.

Even crushers have two knees, and if even one of them gets knocked sideways, a crusher and destroyer can end up hobbled and looking for other ways to make people pay.

That is, indirectly, how Junqueira ended up scooping ice scream in the beachside Riviera de São Lourenço. But that's not the whole story. In fact, that's not even half of it.

"I was unhappy, " Junqueira admitted.

How could he not be? Everything for which he'd worked up to that point had been cut out from underneath him while he practiced the game he loved. There would be no more professional-level rugby, and, as he saw it, there was no reason to continue working in physical education at the University of São Paulo.

At the time, Junqueira was dating a woman who had just gone to work for Team PokerStars Pro Andre Akkari. Anyone who knows Akkari knows he is as much a businessman as he is a poker player. He owns a dog hotel a sushi shop, a poker school, and, as it happens, a piece of an ice cream shop on the beach.

At the time Junqueira didn't have a place in the poker business outside of dealing, but Akkari saw enough promise in the young man to let him manage the ice cream shop over the summer.

It was a good gig and nice way to spend the summer, but when the seasons changed, there wasn't much need for ice cream. Junqueira went back to Sertãozinho to live with his parents, and it occurred to him that it would be a good time to start studying the game that made Akkari a Brazilian superstar.

"We are living a real poker boom in Brazil. There's a lot of good players studying to take their games to the next level, " Junqueira said. "The recent (SCOOP) results are just consequences of a lot of hard work."

Junqueira turned himself into a player, and started grinding for the Standard Backing stable. The goal was to make $15, 000 in his first year.

On the very first day of the 2016 Spring Championship of Online Poker, Junqueira (known as Bean1992 on PokerStars) entered the low buy-in SCOOP Event #5, a $7.50 six-max NLHE contest. The event drew nearly 10, 000 players and more than 13, 000 total entries. Junqueira won it all, even besting one of his fellow Standard Backing grinders heads-up, an opponent who sent through a friendly message when it was over: "Bean, I'd love to punch you right now."

But no one can punch a man through a screen, and, really, no one punches a crusher and destroyer like Eduardo Junqueira.

"I'll keep working to reach the high stakes and become a real poker pro, " Junqueira said. "When I started I aimed to make $15, 000 in a year. Every little win was celebrated, and now I can say my goals were reached. Less than a year after taking on the challenge of poker I'm a SCOOP champion!"