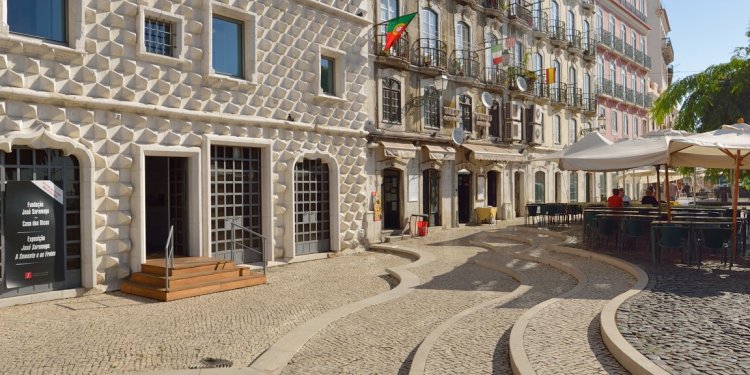 Lisbon is a wonderful tourist destination and 3 days is the ideal length to fully discover the city. Three days is enough to gain a true appreciation of Portuguese culture and of this fascinating city, while being able to visit all of the historic districts and tourist attractions.

The magnificent Praça do Comércio in Baixa

This 3-day guide has been designed purely for the city of Lisbon, but a visit could be easily extended to 5-7 days in order to explore interesting day trips in the region (Sintra, Cascais, Obidos, Sesimbra), or to spend time on the glorious beaches surrounding the city.

Overview of a suggested 3-day Itinerary in Lisbon

The remainder of this article will explain in detail the suggested 3-day itinerary, but below is a quick overview of what to expect:

• Day 2 Morning (and most of the day) – The Belem District

For the first day it is suggested to explore the two central, but vastly different, districts of Baixa and Alfama. Steeped in a rich history, both districts are crammed full of unique sights, monument and tourist attractions.

The Alfama is a maze steps and small streets

After Baixa was completely destroyed by a devastating earthquake in 1755, the reconstructed district became one of the first examples of a grid-and-block layout. This characteristic arrangement is now common throughout the modern world, but was considered revolutionary in the 18th century. Baixa comprises a series of grand avenues connecting to magnificent plazas, all of which were funded by the wealth of the Portuguese colonies.

Alfama, by contrast, could not be any more of an opposite. Historically the poor district laying outside the city walls, it later became the grim home of sailors and dock workers. Today, Alfama still comprises ancient buildings and mazy medieval streets, but the area has been fully rejuvenated. Filled with boutique shops and trendy bars, popular tourist attractions in Alfama and Baixa include:

• The Castelo Sao Jorge; the castle of Lisbon that stands high above the city

• The Se Cathedral, with its Neo-Gothic towers and massive fortifications

• The narrow streets of Alfama and the Saint Luzia View Point

• Praça do Comércio, the old commercial centre of Lisbon and the grandest square

The grand Se cathedral high above the Alfama district

For the second part of the day it’s suggested to explore the districts of Bairro Alto and Chiado, situated to the west of central Baixa. Now the city’s theatre district, Chiado was historically the artisan district of Lisbon where Portugal's intellectuals discussed the important issues of the day.

Bairro Alto may appear a little shabby during the day, but by night it’s transformed into the party and nightlife centre of Lisbon. Sights of the afternoon include:

• A ride up the Elevador Santa Justa

• A coffee and a slice of history at the Cafe Brasileira

• The ruins of the Igreja do Carmo, a lasting monument to the 1755 earthquake

• The viewpoints over Baixa and the River Tejo

• The stunning interior of the Igreja Sao Roque, one of the world’s first Jesuit churches

• The theatres and specialist shops of Chiado

For the evening, try dining out at one of Baixa’s excellent open-air restaurants, or eat cheaply at one of the noisy and sociable Tascas (inexpensive, traditional restaurants popular with locals). For your meal be sure to try some of the unique Portuguese cuisine, including Bacalhau (salted cod fish), which supposedly has over 365 different methods of preparation.

For the remainder of the night, kick back and relax in the bars and late-night eateries behind Teatro Nacional D. Maria II (north of Baixa), watching the bustling tourist and local-filled streets go by with a glass of locally-produced wine.

Day 2 Morning (and most of the day) - The Belem District

For the second day, your trip should feature a visit to the historic Belem district, the Estrela Basilica, and a ride on the number 28 tram. The majority of the day will be spent in Belem, where there are numerous tourist attractions and countless historic monuments. Belem is a picturesque district to the west of Lisbon, which lines the banks of the River Tejo; for a detailed guide to the area, please click here.

Belem has a close connection to the great Portuguese explorers of the past, and it was here that Vasco da Gama spent his last night before discovering the sea route to India. Meanwhile, the parks and green areas of Belem were once the harbours, boatyards, and docks for these great voyages. Later on, the gold and wealth that flowed in from the African and Brazilian colonies funded the construction of the magnificent Mosteiro dos Jeronimos, a monastery dating back to the late 15th century.

The Padrão dos Descobrimentos in Belem

This glorious history is commemorated by the Padrao dos Descobrimentos monument, and from the viewing platform of this imposing piece of architecture are stunning views over Belem and the Tejo Estuary. Further along is the Torre de Belem, a charming little fort that guarded Lisbon from seaward attack. The massive Belem Cultural Centre complex was constructed to house the 1992 European Union Presidency, and is now home to the Berardo Museum, the best free art gallery in Lisbon.