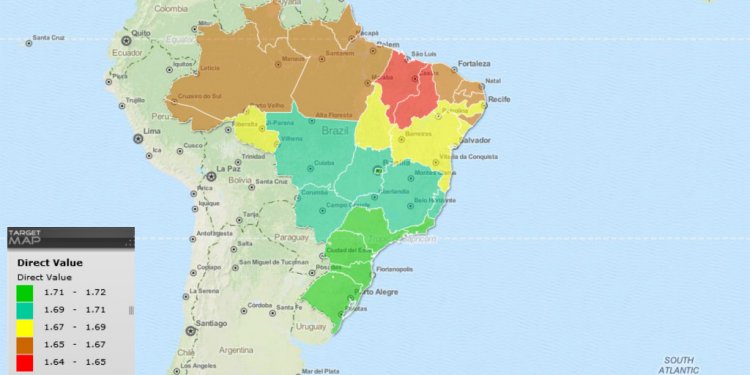 Brazil, in particular, after a short spell of sneezing, rebounded to its pattern of robust economic growth, grounded in sophisticated research and development, diversified products and trading partners. Through years both of boom and, more recently, slump, redistributive domestic programs, like Bolsa Familia, and higher minimum wages have enabled Workers’ Party (PT) governments to narrow the country’s income gap. Meanwhile, the U.S. sinks deeply into debt to China and the domestic income gap continues to grow. The one percent are thriving; not so the 99.

The changing relationship between the United States and Brazil over the last couple of decades responds in large part to changes in the global power game and to how each of the countries has played the game. Currently undergirded by socially responsible civilian leadership and the legendary diplomatic skills of Itamaraty, the foreign ministry, Brazil can expect to be taken into account on issues of global import; moreover, its collaborative outreach has served to strengthen national self-confidence elsewhere in Latin America. Does that mean that the United States can be counted upon now to treat Brazil, and Latin America in general, with respect, like good neighbors rather than subservient and potentially subversive clients? Apparently not.

Brazil’s emergence in the twenty-first century as an economic power and a major player in international diplomacy has not deterred the United States from routine political manipulation and espionage. Much of it focuses now on commercial and financial undertakings, as US security interests and private corporate interests coincide in the competition for markets for weapon sales. Motives for snooping and plotting also include driving wedges between Brazil and its South American neighbors, as well as between Brazil and other trading partners, including China and Iran. For the United States the outcomes of such endeavors have been mixed; but the placement and recent outing of an intelligence asset at the highest levels of Brazilian government aroused indignation.

The Cablegate Scandal, so-called in reference to U.S. State Department cables liberated in 2010 by Wikileaks and circulated broadly through mainstream media, proved embarrassing to the United States and Brazil alike. Brazilian media had reported that Defense Minister Nelson Jobim was ruffling feathers in the Cabinet and his own ministry by pushing a US policy agenda. Revelation then that classified cables were passing regularly between Jobim and US Ambassador to Brazil Clifford Sobel, cables sometimes referring to Jobim as an “identity-protected source, ” made his position untenable.

The coup de grace for any pretense of proper diplomacy on the part of the United States came with a new shower of classified documents leaked in 2013 by NSA contractor Edward Snowden and carried by The Guardian and TV Globo. These documents revealed that NSA and CIA data-mining targeting the private communications of millions of Americans was targeted at millions of foreigners as well, including the heads of government of allied countries. Along with Chancellor Angela Merkel of Germany and many others, Brazilian President Dilma Rousseff was incensed that the US government had taped her most intimate conversations; but she was particularly disturbed that those agencies were also targeting Petrobras, the state majority-owned energy enterprise.

Both Rousseff and former President Lula da Silva called (in vain) for an apology from President Obama. Rousseff then canceled her scheduled state visit to the White House, blasted the U.S. global espionage program in an address to the United Nations, and entered into discussions with Chancellor Merkel on means of bypassing communications systems vulnerable to US snooping. Since then Brazil has drawn up plans to lay its own undersea fiber-optic cable, stretching from Fortaleza to Lisbon, to avoid surveillance by U.S. intelligence agencies.

When Vice President Biden visited Brazil for the World Cup in July, President Rousseff may have appreciated his delivery of half-century-old declassified documents detailing methods of state-sponsored torture under the US-supported military regime–methods familiar to Rousseff, herself a torture survivor. But Biden’s contribution likely offered limited solace in the face of contemporary offenses. As Brazil commemorated the 50th anniversary of “O Golpe” - the 1964 coup d’état – and the National Truth Commission performed its grisly task, Brazilians and friends of Brazil were asking not only why and how this happened, but to what degree the abuses of rights and threats to sovereignty are ongoing.

Washington’s long-term efforts in Brazil and elsewhere to undermine movements springing from lower class aspirations and strengthen groups favorable to U.S. investors were infused with a sense of urgency when João (“Jango”) Goulart assumed the presidency of Brazil in 1961. Declassified documents released recently by the National Security Archive reveal that officials of the Kennedy Administration were perturbed by Goulart’s proposed social reforms and contemplated promoting a military coup. (See Kornbluth)

Accelerating under the Johnson Administration, destabilization of the Goulart government involved the concerted effort of U.S. government agencies in collaboration with the multi-national corporate community and international financial institutions. While banks withdrew investments and withheld credit, the CIA, the Agency for International Development, and U.S. businesses channeled funds to political candidates, state governors, police and paramilitary groups, labor unions, media companies, and others inclined to plot against the federal government. Supporters of the government faced an elaborate campaign of divide and suppress, co-opt or conquer.

U.S. military attachés encouraged and coordinated factions of the Brazilian military in plotting a coup d’état. And in case Brazilian military conspirators should begin to falter, the United States had a naval carrier task force standing by. The subsequent militocracy saw many thousands exiled, purged, imprisoned, tortured, and/or murdered by death squads. With “constructive bankruptcy, ” unemployment soared as production and economic decision-making were denationalized. A gradual “decompression” got underway in the late 1970s, and the Potemkin parliament began to take its role seriously.

But it took some three decades and a president personally victimized by the dictatorship for the government to begin to investigate what had happened to their country.

Apart from what we are learning about contemporary US espionage in Brazil, how might we discern other ongoing operations on the underside of U.S. imperial designs for Latin America? The Watergate mantra, “follow the money, ” is always a good lead; but the most effective tactics for empire-maintenance are subtle, played out daily beneath the radar. They become routine, scarcely recognized for what they are either by those who carry them out or those on the receiving end. They become visible, as in Brazil in the early 1960s and Chile in the early 1970s, only when they appear to be failing to keep insufficiently subservient leaders and movements “under control, ” whereupon more aggressive tactics are employed.